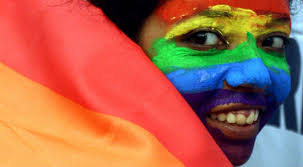 In the past two weeks
I’ve had a lot of time to think
about important and unimportant things
(long story).
I have come to some very basic conclusions
as is my right and obligation.
They may seem obvious to some.

To others they may seem inflammatory.
Deal with it —
say what you want on your own page.

These are big issues
that have repercussions in news events
around the world.
I haven’t worked out all the details, yet,
but I have seen a lot of headlines on television
in print media and on the internet.

On our planet
we must eradicate (as much is humanly possible,
as opposed to what is economically viable)
HUNGER
DISEASE
VIOLENCE
HOMELESSNESS
BIGOTRY
WAR
(and others too numerous
to mention).

My neighbor:
MUST NOT starve while I eat,
MUST NOT die of illness while I have access to a cure,
MUST NOT BE CONFINED BY NATIONAL BORDERS
if his life, health, or opportunities
are at risk,
MUST HAVE universal access to the best education
in order to best express his natural abilities,
MUST HAVE equal access to meaningful, rewarding and satisfying employment,
MUST HAVE the freedom to make their own life choices;
these choices MUST NOT be dictated by GOVERNMENT
RELIGION, SOCIETY or self-proclaimed MAJORITIES.
LYNCH MOB DEMOCRACY MUST BE ELIMINATED.

In short, I AM my brother’s keeper.
I WILL treat him as I would prefer to be treated.
I WILL NOT be the cause of abuse,
whether physical, verbal, mental or emotional.
I WILL live my life
according to the best of my potential. A woman waking up on a sidewalk in Bijapur, India, under a Pepsi advertisement. (Photo credit: Wikipedia)

I sit on the sidewalk,
my upturned hat
in front of me,
hoping for spare change.
I’m forty years old.
I look older
because of the beard.
I’ve been on the streets
for twenty-two years.
I sleep on the sidewalk.

Occasionally,
someone will throw
a quarter
in my direction.

If I sit here long enough
the cops may run me in.
At least, I’ll get to eat.
I’ll be safe
for one night. 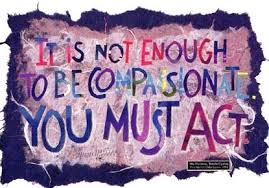 THERE ARE MANY BILLIONS

OF PEOPLE WHO OPPOSE

(I’m shouting because this is important)

OUR VOICE ISN’T BEING HEARD

OUR SILENCE, INACTION AND APATHY

IN OUR DAILY LIVES,

ACCORDING TO OUR CAPACITY.

WE CAN EACH SHOW KINDNESS

We are all the same —

and an end to 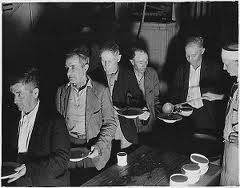 The line forms at five o’clock,
mostly long-haired, bearded men
wearing dirty winter coats, torn pants;
some women with blackened eyes,
some with missing teeth,
each sliding a tray to be filled
with a bowl of soup
a hot meal.

The television is on.
Some stay for the evening
reading, talking, playing cards.
For the most part
the evening is jovial,
an occasional argument,
fights are taken outside.

I look on,
wipe tables when people leave,
take dirty dishes to the kitchen.
Everyone is out by nine o’clock
so that cots may be set up
for those spending the night.

Sleeping is crowded.
Someone comes in late,
starts punching the walls,
fights break out because of snoring,
someone tries to steal a cell phone —
a typical night
at the soup kitchen.