i feel your tears,
my eyes burn.
a cloak of heaviness
descends upon my heart.

i have no words
to console you.
nothing I can write
will remove your sorrow.

I’ve experienced
the pain of loss,
and known the joyousness
that thoughts of love can bring.

i sit with you
in soft silence.
i hear anger in your despair.
i pray for your healing. 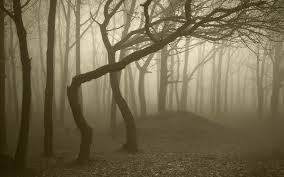 i walked this path
when love was young
and buds about to spring —
colors bright, breezes soft
no want for anything.

there was a time
for boundless hope
and dreams of evermore.
now i wander aimlessly
my joints are getting sore.

where went this youth
these dreams and songs
that winged on words of love?
left with geese flocking south
chorus sounds above.

now the trail is sodden
with limp and trodden leaves;
gone the color and the spark.
trees and i are getting old
soon it will be dark.

Eugene had a mind of his own,
not, as some would say, a sound mind,
but his own mind, nevertheless.

“It’s awfully considerate of you
to think of me here.
And I’m most obliged to you
for making it clear
that I’m not here.”

Eugene was a great musician,
taking music to the limit;
his songs will always survive.
Eugene took drugs to the limit;
he’s now in Interstellar Overdrive.

When we observed him with an axe,
you may understand our concern.
Was he in danger, or were we?

Eugene had already left us in spirit,
but he wandered away that day
and was lost to us forever.

This poem is dedicated to the memory of “Syd Barrett (born Roger Keith Barrett; 6 January 1946 – 7 July 2006) who was an English singer, songwriter, guitarist and artist. He is most remembered as a founding member of  band Pink Floyd, providing major musical and stylistic direction in their early work, although he left the group in 1968 amidst speculations of mental illness exacerbated by heavy drug use.”

Axe is also British slang for guitar. Pink Floyd’s use of the title Careful With That Axe, Eugene may refer to “Barrett’s behaviour (which) became increasingly unpredictable, partly as a consequence of frequent experimentation with psychedelic drugs such as LSD. Many report having seen him on stage with the group, strumming on one chord through the entire concert, or not playing at all. At a show at The Fillmore West in San Francisco, during a performance of “Interstellar Overdrive”, Barrett slowly detuned his guitar. The audience seemed to enjoy such antics, unaware of the rest of the band’s consternation.” (Source: Wikipedia)

emerging
from the darkness
into the brightest light
shedding the burden of my chrysalis
uncovering, discovering
the me held deep inside
for so very long

I tremble
experience the lightness
an updraft lifts me from my rest
to float, flutter and fly
over the green expanse
of the meadow

with ardor
I take wing
on tongues of night
drawn to your essence
as thirst
to a mountain stream.
intense devotion
and burning heat —
I dream of us
tonight

your lips
beckon me
with liquid smile
and promises
of more.
your sweet breath
interlaced with mine —
I hunger
for your taste. 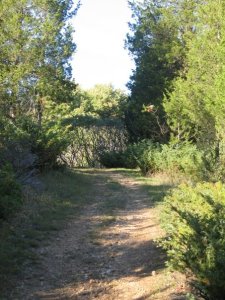 up ahead
a woodland wren
leads me
to my destination,
to our home